Sometimes, a refreshing getaway doesn't have to be far away or expensive. Consider the Bay Area this winter; the hills are green, the tourists are scarce, and you’ll get a bigger bang for your buck than during other times of the year. Here are a few of the Gig team’s recommendations for welcoming the new year.

Visit a Museum. January is one of the wettest months of the calendar year, which makes it one of the best times of the year to check out San Francisco’s world-class museums. Exhibits slated for January include Art of China After 1989 at SFMOMA; Gauguin: A Spiritual Journey at the de Young Museum; and Giants of the Land and Sea at the California Academy of Sciences.

Laugh Out Loud (Repeatedly): SF Sketchfest was founded in 2001 and continues to be a showcase for six popular Bay Area comedy groups. A favorite of audiences, critics, and performers alike, this two-week event has featured performers from every nearly every major hit television comedy of the past quarter century, including Saturday Night Live, Kids in the Hall, Veep, The Daily Show, and much more. January 10-27. Details online.

Shop a Farmers Market: Farmers markets in January are laughable in most parts of the country – but they don’t have the Bay Area’s mild weather.  What might you find at a Bay Area farmers market in January? Citrus tops the list, but you’ll also find fresh produce and an abundance of seafood. The Downtown Berkeley, Old Oakland and Fort Mason farmers markets are all favorites of Bay Area locavores.

Explore a Dining Scene. SF Restaurant Week returns January 23-31! This hugely popular, week-long event is perfect for anybody interested in getting a taste of the city’s world-class dining scene. Prix-fixe lunch and dinner menus highlight favorite dishes or feature new items. Many menus include discounts or special offers as well. Check out the event’s official website for a complete list of this year’s participating restaurants.

Glimpse NBA Royalty: Steph Curry, Klay Thompson, and Kevin Durant lead a Golden State Warriors team that continues to do special things — like winning NBA championships (and making it look easy). This year also marks the Warriors’ final season at Oakland's Oracle Arena, one of the last of the NBA’s classic, old-school venues. The team plans to move into the brand-new Chase Center in San Francisco for the 2019-2020 season. Ticket info at team’s official website. 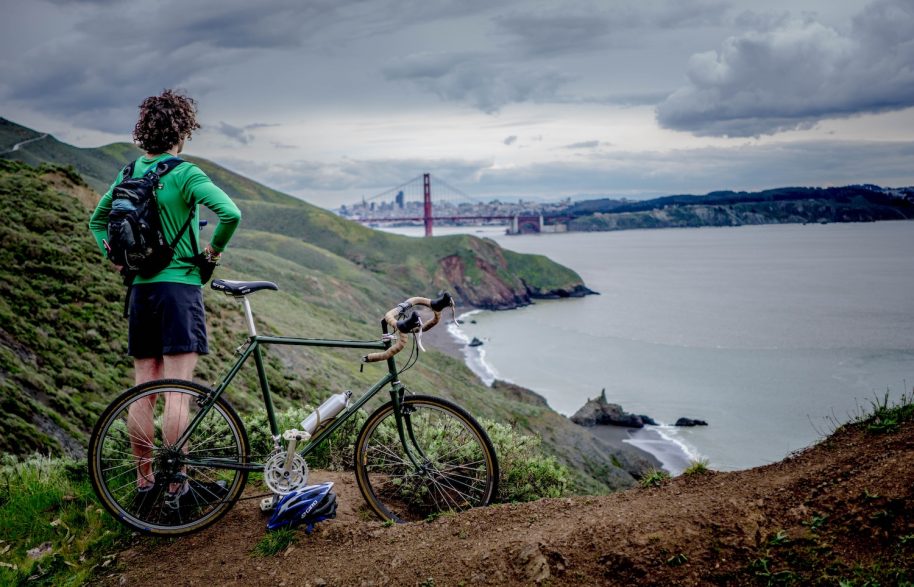 Feast on a View: Not just any view. The San Francisco Chronicle’s respected outdoors writer, Tom Stienstra, calls Hawk Hill one of the best spots for photos in California. This perch atop the Marin Headlands offers visitors tantalizing views of the Golden Gate Bridge, downtown San Francisco, and the Pacific Ocean. Birdwatchers flock to Hawk Hill each January for the chance to spot one of three varieties of migrating raptor (Sharp-shinned, Red-tailed and Cooper’s).

Sea Lion Sighting: Pier 39 is the place to be when the Bay Area’s famous sea lion colony makes its annual return to San Francisco Bay. It may not be a coincidence that the sea lions chose Pier 39, as many of the city’s venerable seafood restaurants – including favorites such as The Crab House, Eagle Cafe, and No. 9 Fisherman’s Grotto – are found within barking distance. 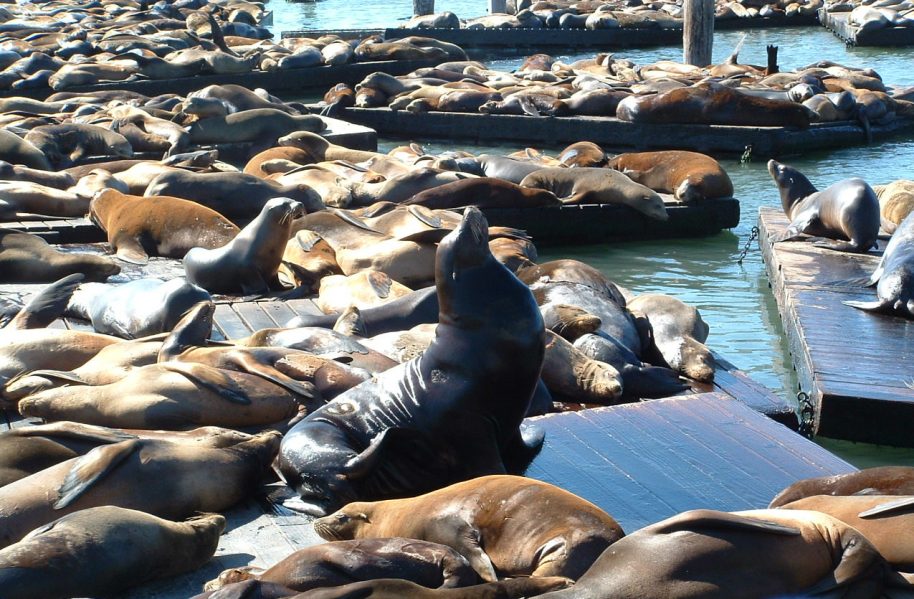 See a Rare Film: The UC Berkeley Art Museum and Pacific Film Archive (BAMPFA) is an architectural gem and a great place to catch a movie you won’t find anyplace else. Each year, the BAMPFA presents more than 450 film programs. These include limited screenings, special engagements, and retrospectives of cinema treasures. If you’re a movie buff, it’s a must-visit. What’s playing in January? Program info and showtimes online.

Catch a (Huge) Wave: Mavericks is a legendary surf break located a half-mile offshore from Half Moon Bay. That’s a short drive from the Bay Area, and an amazing opportunity to watch the world’s best surfers test their mettle on Northern California’s premier big-wave break. The window for the Mavericks event is November to March, but organizers often bank on January for winter’s biggest waves. 2019 also marks the first year the famous competition is open to women. Dates and details online.

Pro tip: Mavericks is always a party, but if you want to see the surfers you’ll want to bring a pair of binoculars.

What better way to beat the post-holiday blues than with a Bay Area outing that’s big on adventure and easy on the wallet? January delivers. From museums to markets to magnificent vistas, you won’t just be reminded of what you love about the Bay Area. You’ll have it all to yourself.

Sign up instantly.
Get the app. Get a car. Get going.

Your cart is empty

Subtotal
Shipping and discount codes are added at checkout.
Checkout